Overview of the theory and process of MALDI-TOF, a method capable of rapid identification of micro-organisms, revolutionising diagnostic microbiology.

Spirometry theory and practice from someone who really knows! Accurate measurement the key to diagnosis and treatment- lots of potential traps.

These presentations highlight the important issues for clinicians concerning these common conditions.  Note the limited role for antibiotics in the management of acute exacerbations of these conditions. 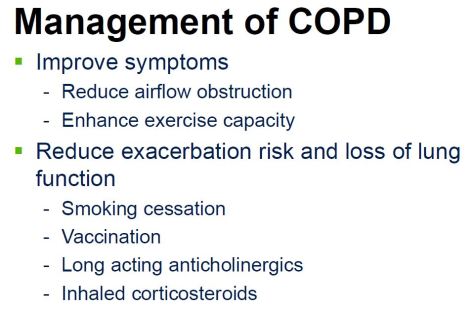 Dr Bruce Aylward also was on an Australian webinar on 6/3/20 – recording here.

China has mounted “perhaps the most ambitious, agile and aggressive disease containment effort in history” against a new infectious disease, the World Health Organization (WHO) said in a report released on 28 February, after a 9-day meeting in China, 16–24 February. The report analyses data from the outbreak in China, and recommends steps that China and other countries should take to curb COVID-19.

New daily cases are declining in the country, the WHO confirmed, so much so that authorities are now having problems recruiting patients for the more than 80 clinical trials being run there that test potential treatments for the coronavirus. Some experimental treatments should be prioritized over others, the health agency recommended.

The report’s analysis of data from China finds that 104 strains of the coronavirus, named SARS-CoV-2, collected from people between December 2019 and mid-February 2020 are 99.9% similar, meaning that the virus is not significantly mutating. The median age of people infected is 51 years old. And most cases that have spread from person to person are within hospitals, jails or households, which implies close contact is often required for the virus to spread between people. Airborne spread is not believed to be a major driver of transmission, the report says. In one preliminary study from the province of Guangdong, people who shared the same household as someone with COVID-19 had 3–10% chance of being infected.

The WHO credits China’s ability to reign in the epidemic to a variety of measures. One is that 1,800 teams of epidemiologists have rapidly tracked tens of thousands of contacts of people infected with the virus in the Hubei province, where the outbreak emerged. Up to 5% of these contacts ended up having the disease and were diagnosed quickly. And the report says the lockdown on travel out of Hubei — an unprecedented measure in a province of this size — curbed wider spread of the disease to China’s 1.4 billion citizens.

References (with thanks to Dr Craig Dalton)

Our recent ‘Lessons from the Field’ paper is now (freely) available via the Western Pacific Surveillance and Response journal It is focused on implementation of quality testing in Pacific Island nations.

Clinicians and others may be interested in the answers to these questions which are seldom explained: